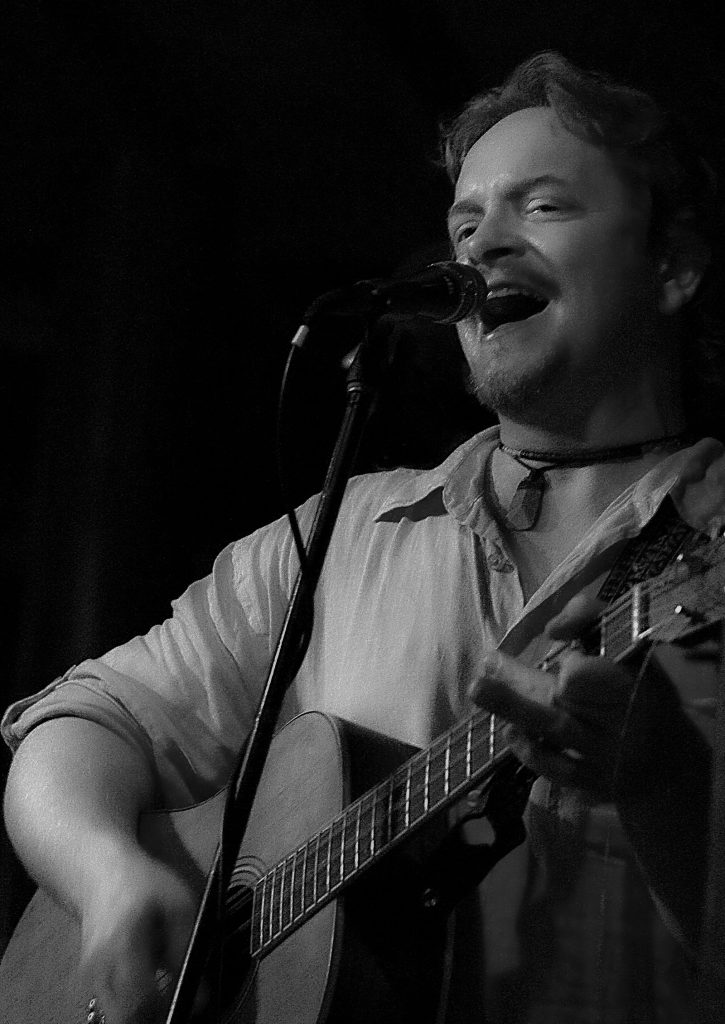 Jason Lawrence Jones is a professional musician, versatile vocalist and songwriter with over twenty years of experience. Jason plays the acoustic guitar and performs many genres including classic rock, country, alternative, folk, contemporary and jazz. This wide-ranging musical variety allows him to showcase his unique vocal range influenced by such greats as the Allman Brothers, Johnny Cash, Radiohead, Alice in Chains, U2, Led Zeppelin, and Frank Sinatra, to name a few of his favorites.

Jason currently lives and performs in Florida following a successful musical career in Chicago and, most recently, the U.S. Virgin Islands. Over his career, he has played music in a wide variety of venues that include easygoing and upscale beach bars and restaurants; the Marriott, Margaritaville and Ritz Carlton resorts; concert stages; and private events. He also opened for and played with various popular musicians. One of his most memorable experiences occurred in 2015 when he shared the stage with Jimmy Buffet during the grand opening of the Wyndham Margaritaville St. Thomas!

In addition to his musical talents, Jason holds a Masters of Fine Arts degree in acting from DePaul University allowing him to engage and provide his audiences with a fun and interactive musical experience. He is also an accomplished song-writer who has recorded exceptional originals including “Give Me a Ride,” “Julie,” “My Old House,” and “Carry Me Down” which are available on Reverbnation, CD Baby, and iTunes.

Jason is a professional musician, versatile vocalist and song-writer with over twenty years of experience. Learn more

Jason writes and sings his own originals, and performs a wide variety of cover songs at different venues. Listen here

Keep up with what's going on with Jason by following him on his social medial sites. For Bookings, please contact Jason here